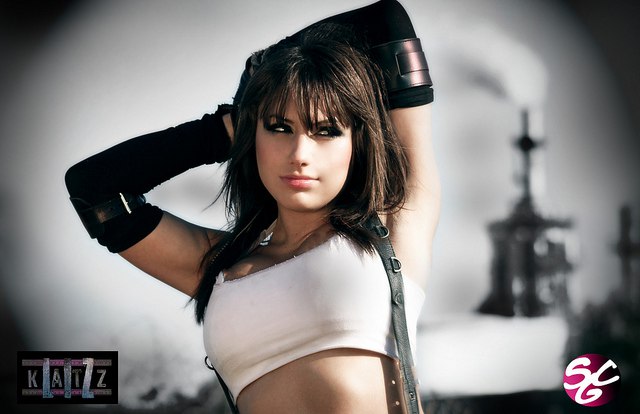 At risk of sounding like a Nike ad, just do it! Find a character you want to dress up as and get started. If you need help there’s plenty of tutorials (both blogs and videos), books, and forum you can turn to for advice, especially if you’re doing something popular. Or you can do what I did and just muddle through it yourself. My first costume I bought what items I could, mostly at secondhand stores, dyed and altered a shirt and made some simple arm wraps out of cheap cotton. I had no idea what I was doing (and no sewing machine – do your hands a favor and use one if possible) but it came out pretty well and I’m still happy with it.

These days I usually make mine from scratch, finding a sewing pattern that is somewhat close and adapting it as needed. When I can pick up patterns cheap I look for anything that might be useful and stock up. I’ve gotten unused patterns for as little as a dime before, so even if I never use them I’m not out much. I like to let other people do work for me when possible. Secondhand stores can be good for base items and even for fabric, either by cutting something apart (one of my costumes is 95% bed sheets) or if you’re lucky even plain fabric (I once found a piece juuuust big enough and in the right color for an outfit I wanted to do).

Remember you can decide how true to the source you want to be. If something is outside of your skill level or too expensive to do “properly”, you can find a way to do something. I once stumbled upon a pattern to knit Rinoa’s duster, but painting or sewing the wings on a plain blue one works too. Or you can stylize it to your own tastes. My costumes never look great, my skills aren’t at that level, but I can do “good enough”. And you’ll never be sure what you’re capable of until you try.

I was always fascinated with cosplay and always wondered the reasoning behind it. Then last year I decided to try it out myself and see what I would think about it. I was completely surprised by the amount of anticipation I had for one making my own costume and two showing it off.

I think I’m officially hooked on cosplaying because it’s just so much fun to do! The whole process of picking who you are going to be, planning out the costume and then wearing it is exciting! It kind of takes you out of your life and you transform into this other person for that day.

Another fun thing is that many other people enjoy your cosplay. This is usually their opportunity to see their characters in real life, I can’t say how many drive by hugs I have gotten and many refer to your characters name (which always catches me off guard). For that day you receive a lot of love from others and I think that’s usually what makes people want to do it again (at least for me), life has too many unhappy things so being able to create this happiness not only for yourself, but for others as well is a good feeling.